Tour guide and driver from See Bhutan Travels will meet you at Paro international airport and drive you to one of the local restaurants for lunch.   After lunch they will escort you towards Thimphu, the capital city of Bhutan.

In the evening at Thimphu, we will visit to Memorial Choeten.

Memorial Choeten: Located in the heart of Thimphu city, it was built in 1974 by Her Majesty the Queen Mother Ashi Phuntsho Choden in memory of her son, Third King Jigme Dorji Wangchuck.   The three-storey choeten houses several relics such as Phurba Lhatshog, Kagay, Khrowo Nampur Gyalwa, Guru Tshengye, and Khenlop Chesum.   The choeten is today the spiritual nerve centre of the city.

Overnight: At hotel in Thimphu.

Today we will be exploring around Thimphu valley and visit to following sites:

1.   Buddha Statue: Located at Kuenselphodrang, facing Thimphu valley down bellow is the worlds’ largest and tallest Buddha statue standing at the height of 169 feet (52m).   The statue houses one hundred thousand of smaller Buddha statues, the exact replica of the outer Buddha statue.   From here one can have a 360 degree view of Thimphu valley.

2.   Textile museum: Located near National library at Chubachu, it was established in the year 2001.   The museum contains Bhutanese textiles, arts, crafts and more importantly the royal collections which includes first version of the Raven crown worn by first and second King of Bhutan, dresses and accessories worn by royal family and the bedding of his holiness Zhabdrung Jigme Dorji.

3.   Tashichho Dzong: Located on the bank of the Wangchu River in the Hejo village, Tashicho Dzong was built in 1641 by Zhabdrung Ngawang Namgyal and enlarged in 1694 by Gyalse Tenzin Rabgay.    It was entirely rebuilt under the command of Third King Jigme Dorji Wangchuck in 1962.   Today, the dzong is the seat of the central government, His Majesty the King’s office, and the summer residence of the Central Monastic Body.

After breakfast, we will be heading towards Punakha; located 77 km east of Thimphu via Dochula pass.

On the way before reaching Punakha, we will pay visit to Temple of Fertility (Khemae Lhakhang).

After arriving at Punakha pay visit to Punakha Dzong.

Punakha Dzong: The dzong is situated on a stretch of a land where two rivers – Phochu and Mochu – meet.   The dzong was built by Zhabdrung Ngawang Namgyal in 1937 and named it Pungthang Dewa Chenpai Phodrang, the palace of great bliss.   Later it became the final retreat palace for him.   The first monarch, King Ugyen Wangchuck, was crowned there and it served as the capital of the country until 1955.   Today it serves as the winter residence of the Central Monastic Body.   The sacred relic Rangjung Kharsapani is also kept in the Machen Temple inside the dzong.

Gangtey valley; located 78 km east of Punakha is a beautiful and most scenic glacial valley of Bhutan.   This valley serves as roosting spot for Black necked crane, one of the rarest and endangered species of bird which migrates during winter months (November, December, January, February) from Tibetan plateaus and northern region of India.

After arriving Gangtey, we will go around for a short hike and towards evening pay visit to Gangtey monastery.   We will also visit to nearby villages and mingle with local people.

After breakfast, drive towards Taktsang base from where the hike begins.

Taktsang monastery: Depending on your pace and the time you spent in Monastery, hiking to this monastery will take around 5 to 6 hours (roundtrip).

The monastery is located 900 m above Paro valley on the face of a rocky cliff.   Taktshang is perhaps the most famous monastery in the country.   The monastery was named Taktshang after Guru Rinpoche flew there from Kurtoe Singay Dzong (Eastern Bhutan) riding on a tigress to subdue a demon.   Gyalse Tenzin Rabgay, the secular head of the country (1680-1694) has begun the construction of the monastery at this site in 1692 and completed in the year 1694.   The monastery houses many temples that contain sacred statues of eight manifestations of Guru Rinpoche, Tshepame Yabyum and Bone relic of Pelgi Singay. Overnight: At hotel in Paro

After breakfast, your guide and driver will see you off at Paro International airport for your onward destinations. 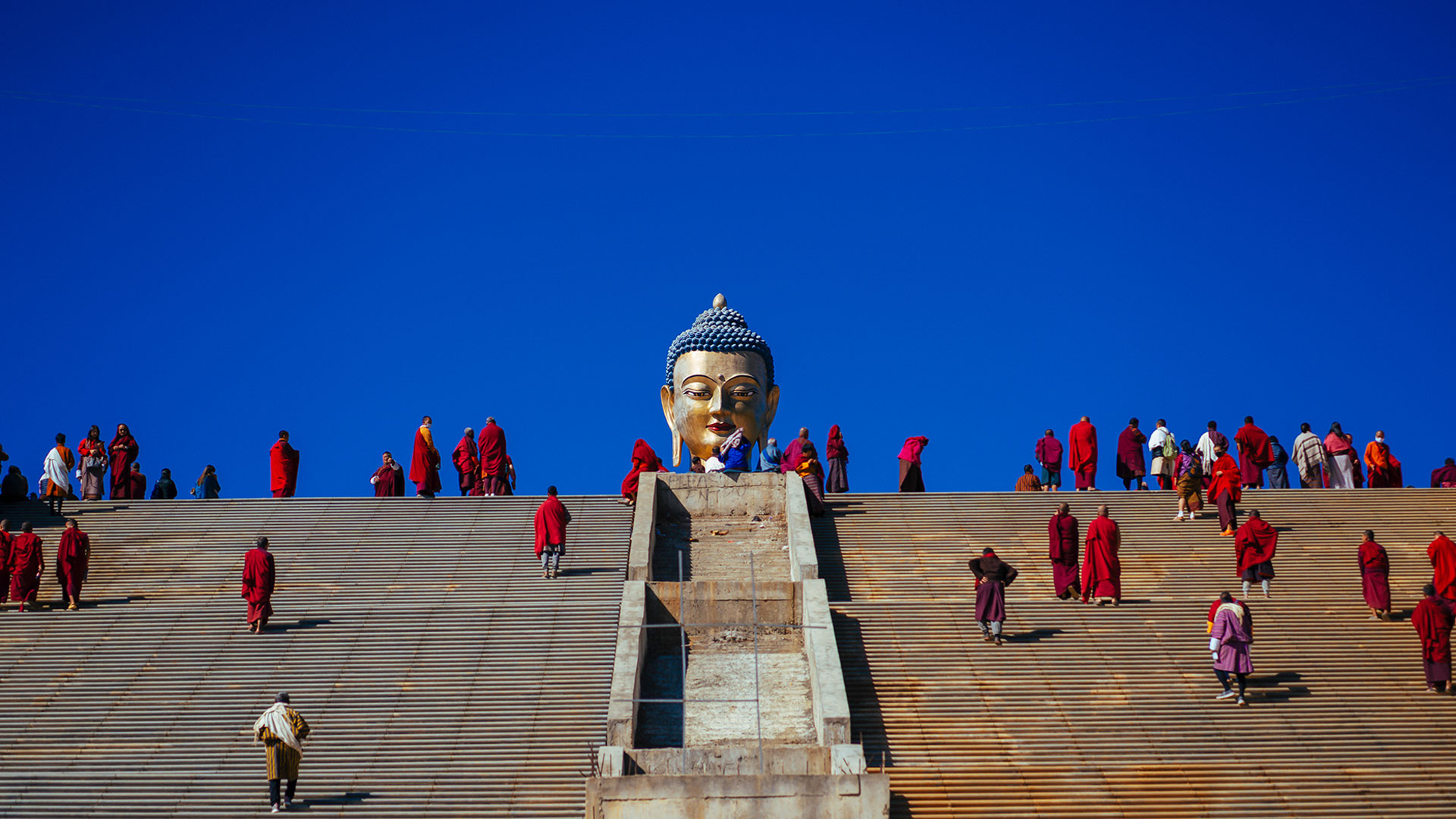 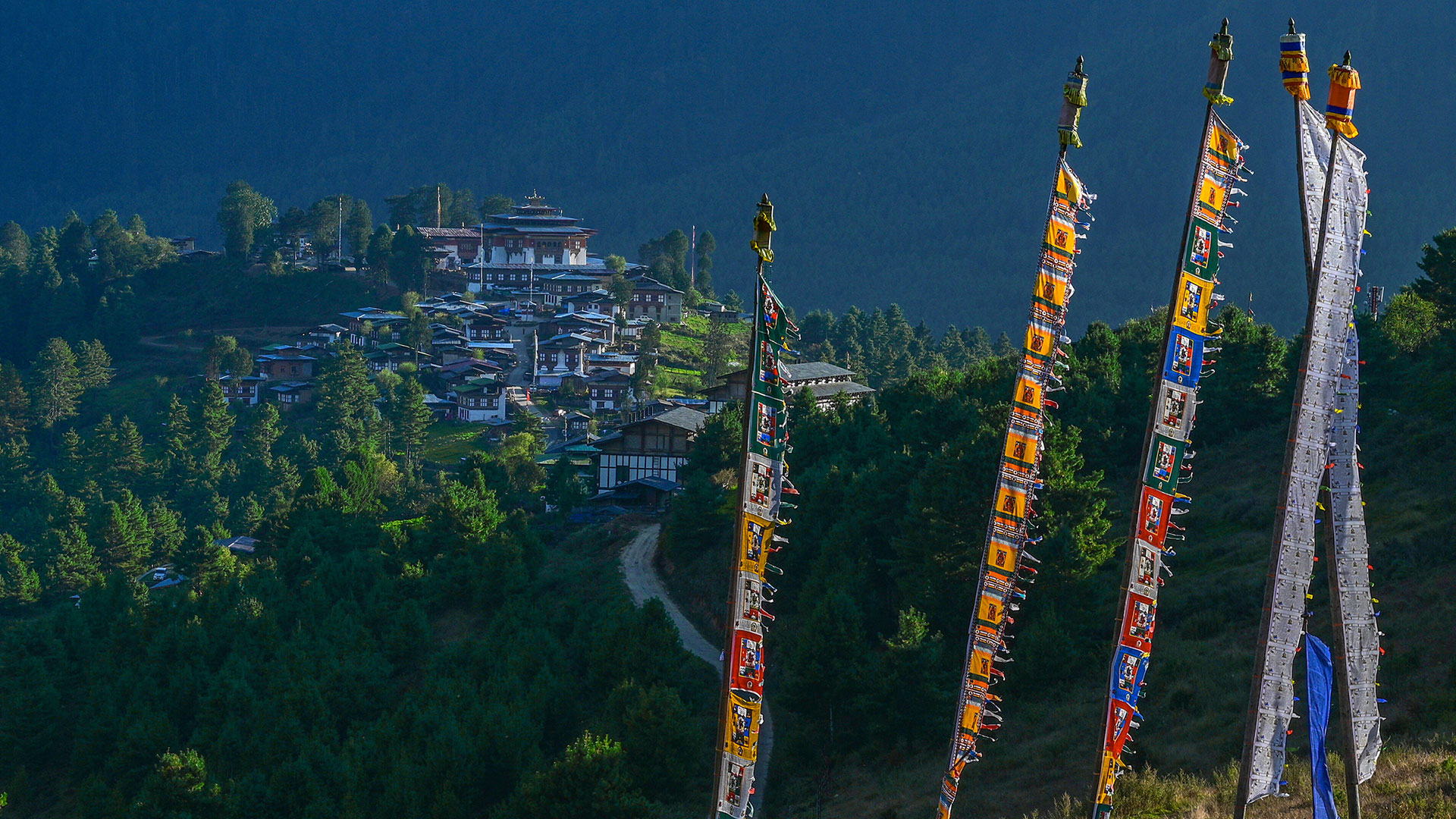 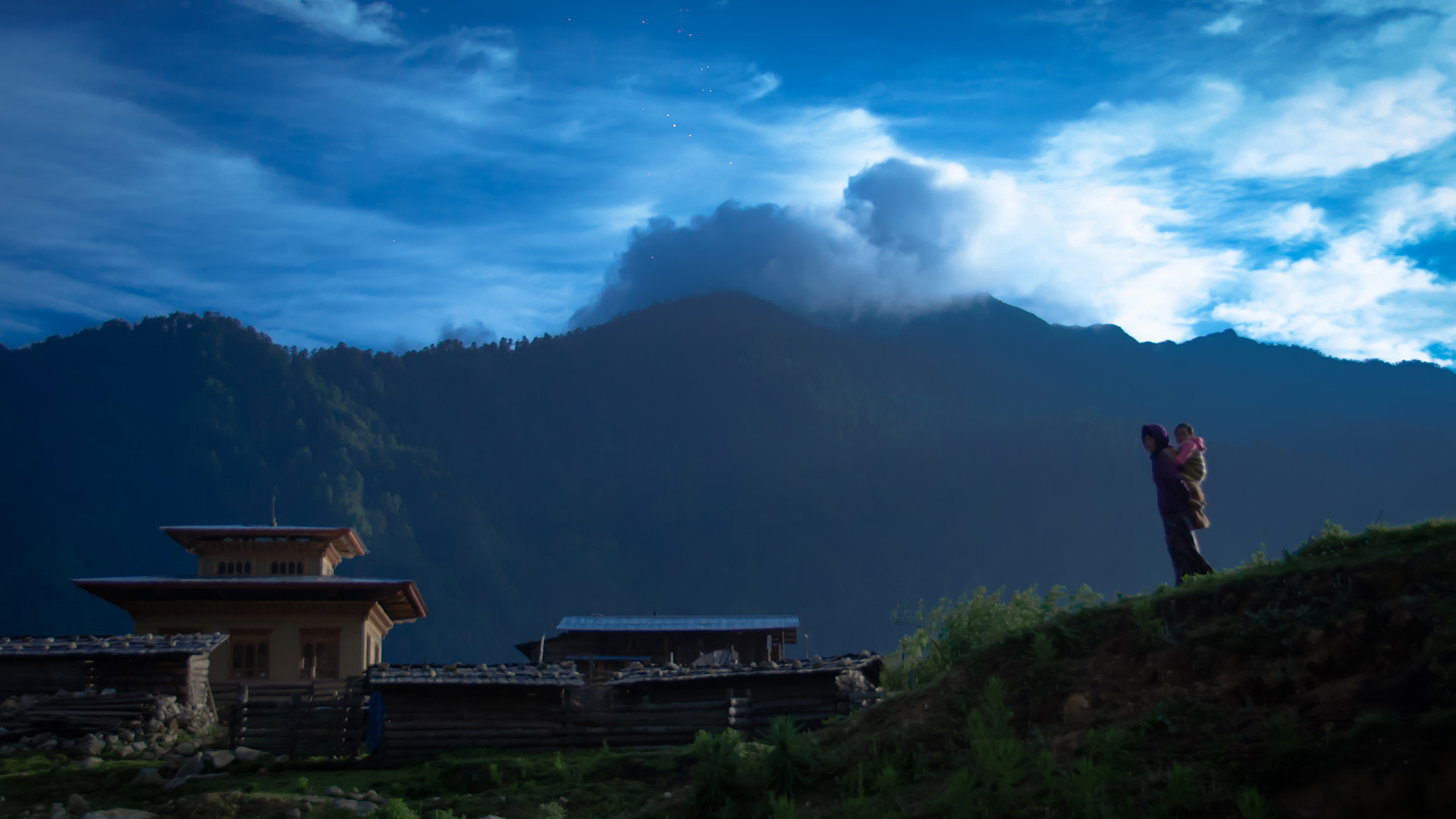 With a total area of 38,398 sq kilometers, approximately the size of Switzerland, Bhutan is a mountainous country except for a small flat strip in the southern foothills is known as the last Shangri-La of Himalaya.