Within this five days tour of Bhutan, you will be visiting to three western districts, Paro, Thimphu (capital) and Punakha. Highlight of the tour includes hiking to Taktsang Monastery, visit to Punakha Dzong, National Museum and world’s largest Buddha statue.

In clear weather, Druk Air’s flight to Bhutan provides a wonderful view of Himalayan scenery.   Whether flying along the Himalayan range from Kathmandu , it is a breathtaking journey, culminating in an exciting descent past forested hills into the kingdom.   On arrival at Paro airport and completion of airport formalities, there will be an interesting drive of about 2 hours’ duration to Thimphu, the modern capital town of Bhutan. Evening free.Overnight at the hotel in Thimphu.

Thimphu, perhaps the most unusual capital city in the world, is the seat of government.   This bustling town is home to Bhutan’s royal family, the civil service, and foreign missions with representation in Bhutan.   It is also the headquarters for a number of internationally funded development projects.   Morning visit to Tashichhodzong, the main secretariat building which houses the throne room of His Majesty, the King.   Tashichhodzong is also the summer residence of the Je Khenpo (Chief Abbot) and the central monk body.   Proceed to the National Library, which houses an extensive collection of Buddhist literature, with some works dating back several hundred years.   Visit the nearby Institute for Zorig Chusum (commonly known as the Painting School), where a six-year training course is given in the 13 traditional arts and crafts of Bhutan.   Also visit (outside only) the National Institute of Traditional Medicine, where the medicinal herbs abundant in the kingdom are compounded and dispensed.   After lunch, visit the National Memorial Chorten.   The building of this landmark was originally envisaged by Bhutan’s third king, His Majesty Jigme Dorji Wangchuck, who had wanted to erect a monument to world peace and prosperity.   Completed in 1974 after his untimely death, it is both a memorial to the Late King (“the father of modern Bhutan”), and a monument to peace.   Visit the government-run Handicrafts Emporium and privately owned crafts shops, which offer a wide range of handcrafted products, including the splendid thangkha paintings and exquisitely woven textiles for which Bhutan is famous.   Also visit the Folk Heritage and National Textile Museums, opened in 2001.   In the early evening, drive over Dochu-la pass (3,088m/10,130ft) to Punakha.   Overnight at the hotel in Punakha.

Punakha served as the capital of Bhutan until 1955, when the seat of government moved to Thimphu. Originally situated on the riverbank and dominated by the towering walls of Punakha Dzong, the township was relocated to a safer site a few kilometers down the valley, consequent upon extensive flooding in the early 1990s. At the same time, extensive renovation work was undertaken on Punakha Dzong itself, which is now a breathtaking and glorious sight as you first glimpse it from the road. Although four catastrophic fires and an earthquake in past times destroyed many historic documents, Punakha Dzong still houses many sacred and historic artifacts and also the embalmed body of Shabdrung Ngawang Namgyal. Later drive to Wangduephodrang, the last town on the highway before entering central Bhutan. Situated on a ridge overlooking a river junction, the formidable Wangduephodrang Dzong is the town’s most visible feature. In the 17th century, Wangdue played a critical role in unifying the western, central and southern regions of the country. Also visit the local market. After lunch drive to Paro, visiting Semtokha Dzong en route. This dzong, built in 1627, is the oldest in Bhutan. It now houses the Institute for Language and Cultural Studies. Arrive Paro and check into the hotel. Overnight at the hotel in Paro.

The valley of Paro contains a wealth of attractions. In the morning, visit Ta Dzong. Once a watchtower, built to defend Rinpung Dzong during inter-valley wars of the 17th century, Ta Dzong was inaugurated as Bhutan’s National Museum in 1968. Afterwards, walk down a hillside trail to visit Rinpung Dzong, which has a long and fascinating history. After lunch, drive up the valley to view the ruins of Drukgyel Dzong, 18 km. from Paro town on the north side of the valley. It was from here that the Bhutanese repelled several invading Tibetan armies during the 17th century. Also visit Kyichu Lhakhang, one of the oldest and most sacred shrines of the kingdom. In the evening, visit a traditional farmhouse for an opportunity to interact with a local family and learn something of their lifestyle. Later on, take an evening stroll along the main street, and perhaps visit a few handicrafts shops, or take refreshments at a local café or bar. Overnight at the hotel in Paro.

After breakfast, drive to Paro airport for flight to onward destination.


With a total area of 38,398 sq kilometers, approximately the size of Switzerland, Bhutan is a mountainous country except for a small flat strip in the southern foothills is known as the last Shangri-La of Himalaya. 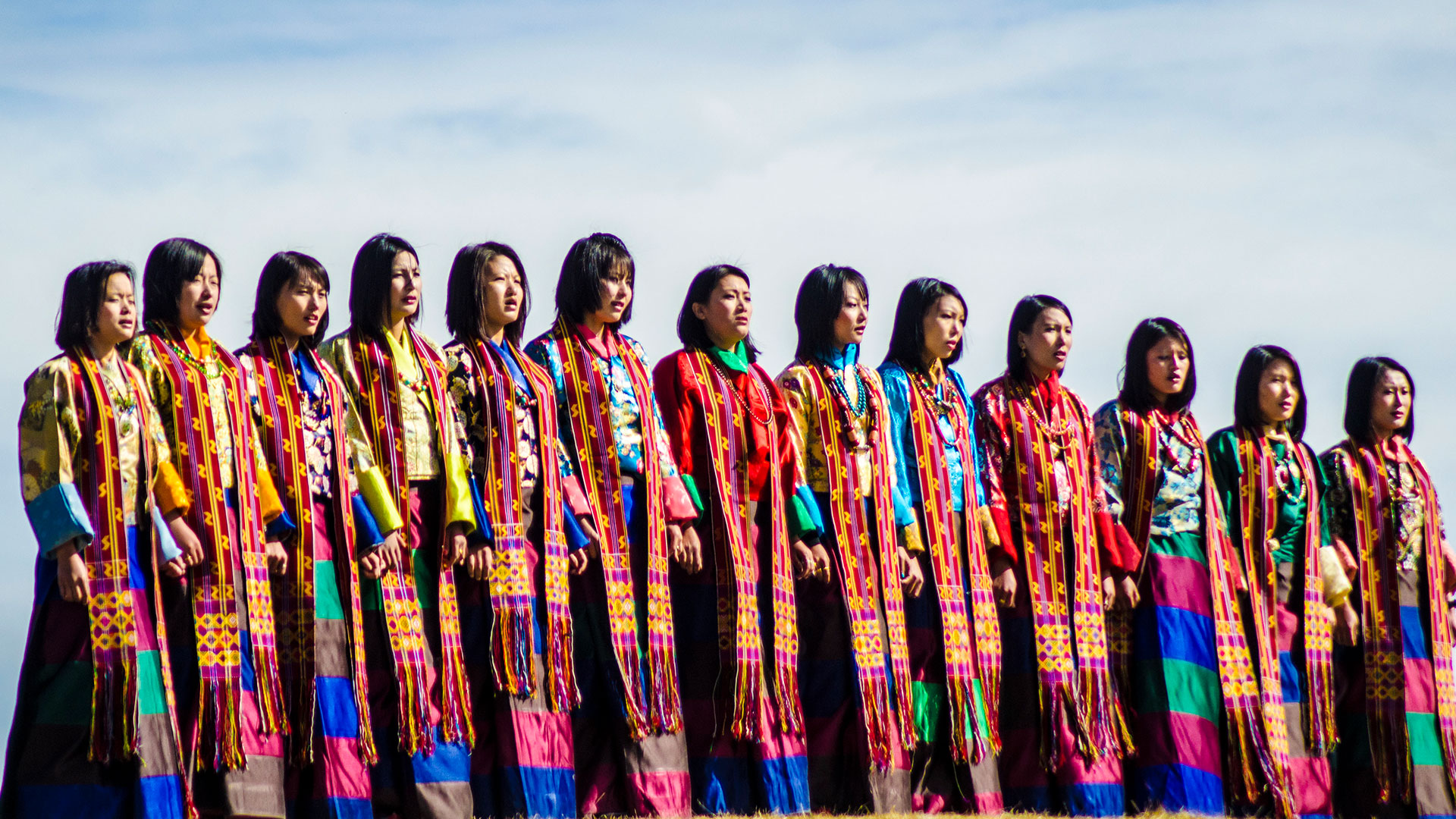 Within these eight days, you will have a memorable hiking to some of Bhutan’s iconic sites such as Tigers Nest monastery at Paro, Tango Monastery at Thimphu and Khamsum Yelley Namgyal Choeten at Punakha. 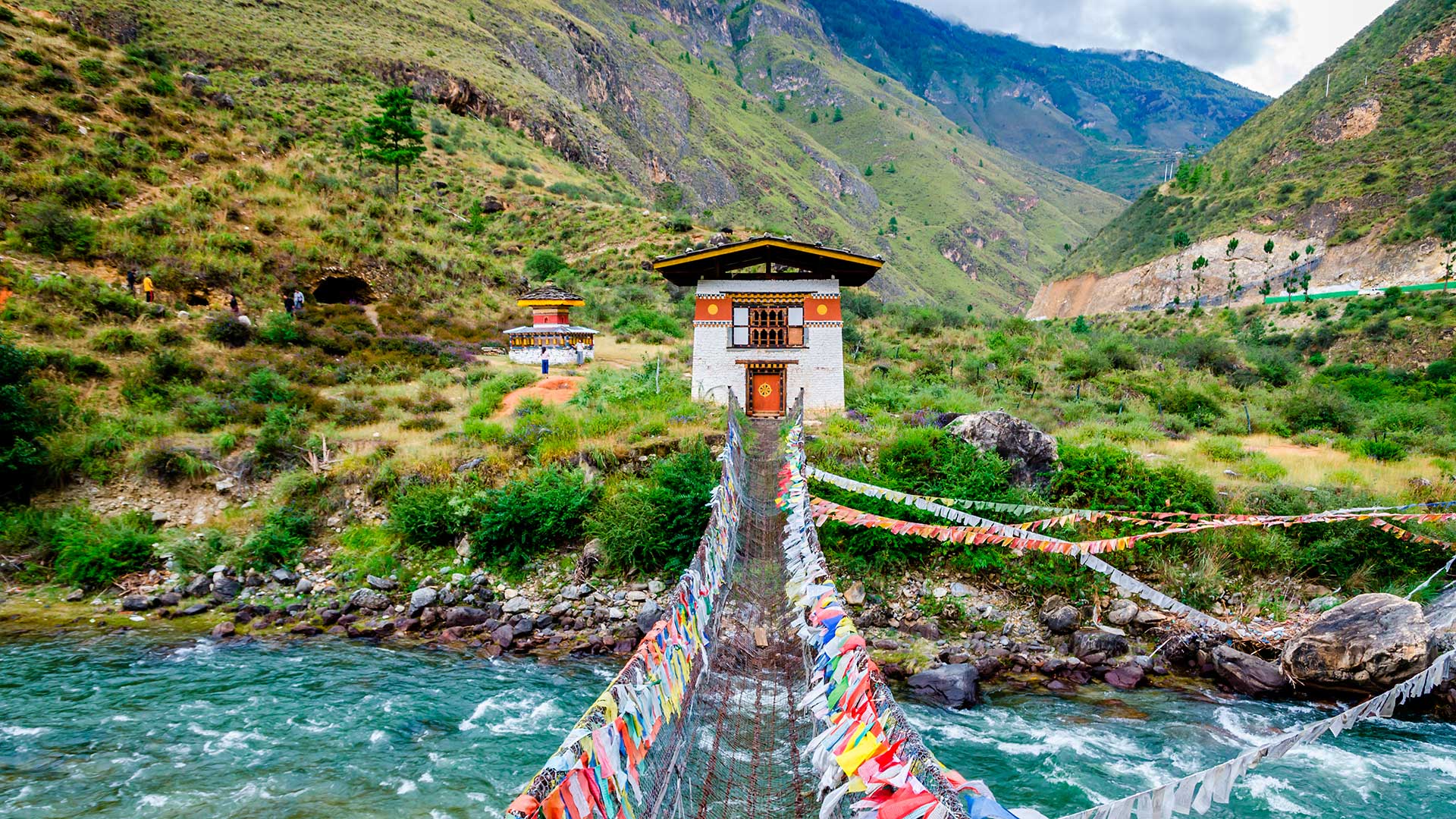